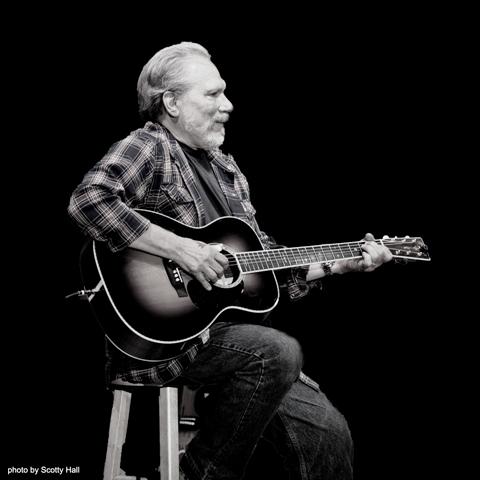 Fan favorite Jorma Kaukonen returns to Ridgefield Playhouse Tent Sunday for shows at 4 p.m. and 7:30 p.m. As a founding member of Jefferson Airplane and Hot Tuna, recipient of a Grammy Lifetime Achievement Award and the one of the Rolling Stones’ 100 greatest guitarists, Kaukonen has remained one of the most respected performers of American roots, blues and rock for over 50 years.

He was at the forefront of popular rock and roll, helping to define the sound of San Francisco; a music legend and one of the best singer-songwriters in his field. Kaukonen continues to travel the world, both solo and with Hot Tuna, bringing his unique style to old blues tunes while presenting new songs. Its secret is to play spontaneous and unfiltered music, with an individual expression of the personality. His originals, from poignant instrumentals to insightful lyrics, have stood the test of time and have been included in films and reprized by many artists who have been inspired by his depth and continuity of spirit.

On Saturday, it’s time for Third Saturday Blues, an event by Thomas Pickel and Vinnie’s Jump and Jive: Swing and Blues in Middletown, at 7 p.m.

Vinnie’s offers an evening of classical and contemporary blues music every third Saturday of the month at Vinnie’s Jump and Jive in downtown Middletown. The evening begins with a beginners lesson from 7 p.m. to 8 p.m. Dance begins at 8 p.m. COVID-19 guidelines are in place, places are limited and proof of vaccines is required.

The music from the Barn 2021 outdoor concert series has Otis and the Hurricanes Sunday at the Weston Historical Society’s Coley Homestead. The annual summer concert series brings established and popular musicians and bands to the farm. All concerts are rain or shine and are suitable for the whole family. Bring a lawn chair, your favorite food and drink and enjoy the show. The food truck, Greek Style Grill will be on site from 4.30pm, so grab some great Greek food and enjoy the show.

Otis and the Hurricanes plays the roots of American rock ‘n roll, influenced by Fats Domino, Professor Longhair, Chuck Berry and others. This group of seasoned musicians will rock the barn. Chris “Otis” Cross is the voice of the Hurricanes. Named “Otis” at the age of 12 when he picked up a Fender Telecaster and folded his first blues note, he opened and performed with many musical icons including James Montgomery, Buddy Guy, Johnny Winter and Buckwheat Zydeco.

On Friday, Note Kitchen and Bar welcomes Nick Depuy, an evocative and spellbinding singer-songwriter. Depuy has a unique sound rooted in the blues, jazz and folk of the past. But his influences don’t define him, as he puts his own imprint on rock, pop and hip-hop in the songs he writes and sings.

On Sunday, Mishka is at the Fairfield Theater Company StageOne, offering a change of entertainment. He’s an organic singer, mixing the laid back styles of Jack Johnson with a deep reggae groove. His music carries a unique atmosphere; but basically it’s folk soul and reggae music influenced by rock. His lyrics and sound are deep reflections of the reggae roots soul and awareness of the Caribbean culture he grew up in, but which are also imbued with his acoustic folk blues compositions and vocalizations.

For another change of pace, College Street Music Hall hosts the Old Crow Medicine Show on Fridays. They are an Americana string group based in Nashville. They were inducted into the Grand Ole Opry. Their ninth album, Remedy, released in 2014, won the Grammy Award for Best Folk Album. The band’s music has been called old-time country, folk, and alternative. In addition to the original songs, the group performed many blues and folk songs from before WWII.

Friday and Saturday, the Capitol Theater in Port Chester hosts George Porter Jr & Runnin ‘Pardners; Cassandra of Cassandra and the Knighthawks performs solo on Friday at the Deemans Bar Grill.

Other Friday shows include StationHouse Wine Bar and Grill with the Tony Ferrigno Trio; and Walrus Alley has the Good Luck Blues Band.

On Saturday, the Orb Mellon Trio is at Firefly Hollow Brewing at 4 p.m., and the George T Gregory Quartet is at the Flying Monkey Grill Bar

Also on Saturday, Braiden Sunshine goes to the J. Carvers restaurant. Sunshine is a singer-songwriter, who performs music with a taste for blues, pop and rock. She will also be present at the Road Runner.

Sundays have the Rich Badowski Band at the Brass Horse Cafe at 3:30 p.m., and Erin Harp Blues plays The Stomping Ground on Sundays at 1:00 p.m.

Jake Kulak and the LowDown maintain a full summer program with a show on Tuesdays at the Stratford Summer Concert Series and Wednesdays at the Landing Restaurant in Newport.

The Old North’s Andrew O’Keefe plays The Stomping Ground on Tuesday. The Old North is a lively American trio playing an upbeat folk style of music that mixes genres with jazz, bluegrass and blues.

Theodore Weekend features a Friday Blues Summit show with Liviu Pop and Saturday Professor Harp. Shawn Taylor is at Notch 8 for Tiki Tuesday and Thursday at The Stomping Ground.

A celebration of jazz at Senate Garage and Bearsville Theater

Nashville bounces back with these three forward-thinking hospitality projects